Show Me The Way, through custom designed film workshops and mentoring, creates the space for students to appreciate the relevance of formal education and thrive. With the help of industry professionals the students make short documentary films capturing life experiences and achievements of local heroes who are inspiring people from Aboriginal and Torres Strait Islander and refugee backgrounds.

These films are shown at special film screenings at different venues such as the State Library of NSW and the Whitlam Institute, as well as being distributed across Australia. Over 100 broadcast quality films have been produced since 2008.

High schools and corporate partners work together with Show Me The Way to develop programs that encourage students to fulfil their potential. Show Me The Way’s programs have assisted high school students of Aboriginal and Torres Strait Islander backgrounds in creating highly polished documentaries on local heroes within their communities which explore cultural beliefs. The storytelling and cross cultural mentoring provides students with confidence and the ability to see the importance of education.

Show Me The Way has also worked with the Westpac Group with the retention and engagement of their school based trainees, increasing retention by 72% over previous years. Forty-six Aboriginal and Torres Strait Islander films have been produced so far and these are held in public, state, territories, and the National Library of Australia for all to be inspired by.

Refugee students produced a series of short documentaries that share the heart-warming and inspiring stories of their new and unfolding lives in Sydney’s West.

Working in groups as part of a 10 week program students developed their camera, editing and narrative skills. The short films acknowledge the persistence and courage of the subjects and present a myth-busting collection of the lives of refugees in Australia.

The films were made possible through Show Me the Way Refugee programs established with Western Sydney High Schools since 2014. The program gives students access to mentors from corporate Australia, the opportunity to spend a few days at the Whitlam Institute inside Western Sydney University, and to tell a story that is their legacy from the program.

Show Me The Way makes a significant difference in the lives of Australian Youth. Supporting disadvantaged youth in the Aboriginal and Torres Strait Islander and refugee communities to continue education and celebrate their cultural heritage. 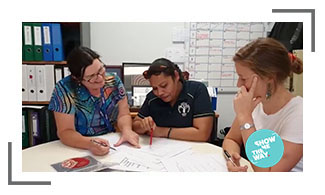 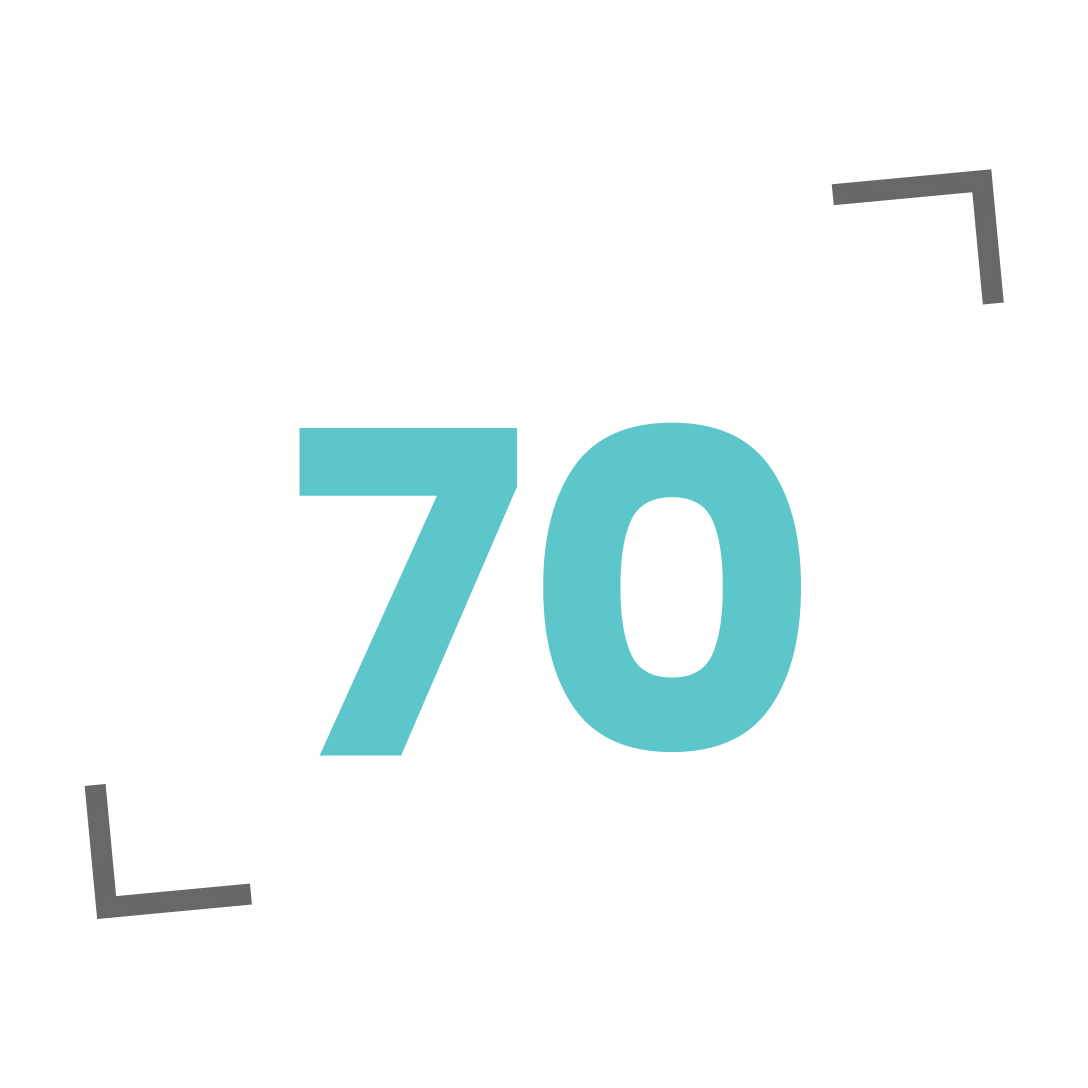 Over 70 schools across Australia have participated in our film workshops and mentoring programs. 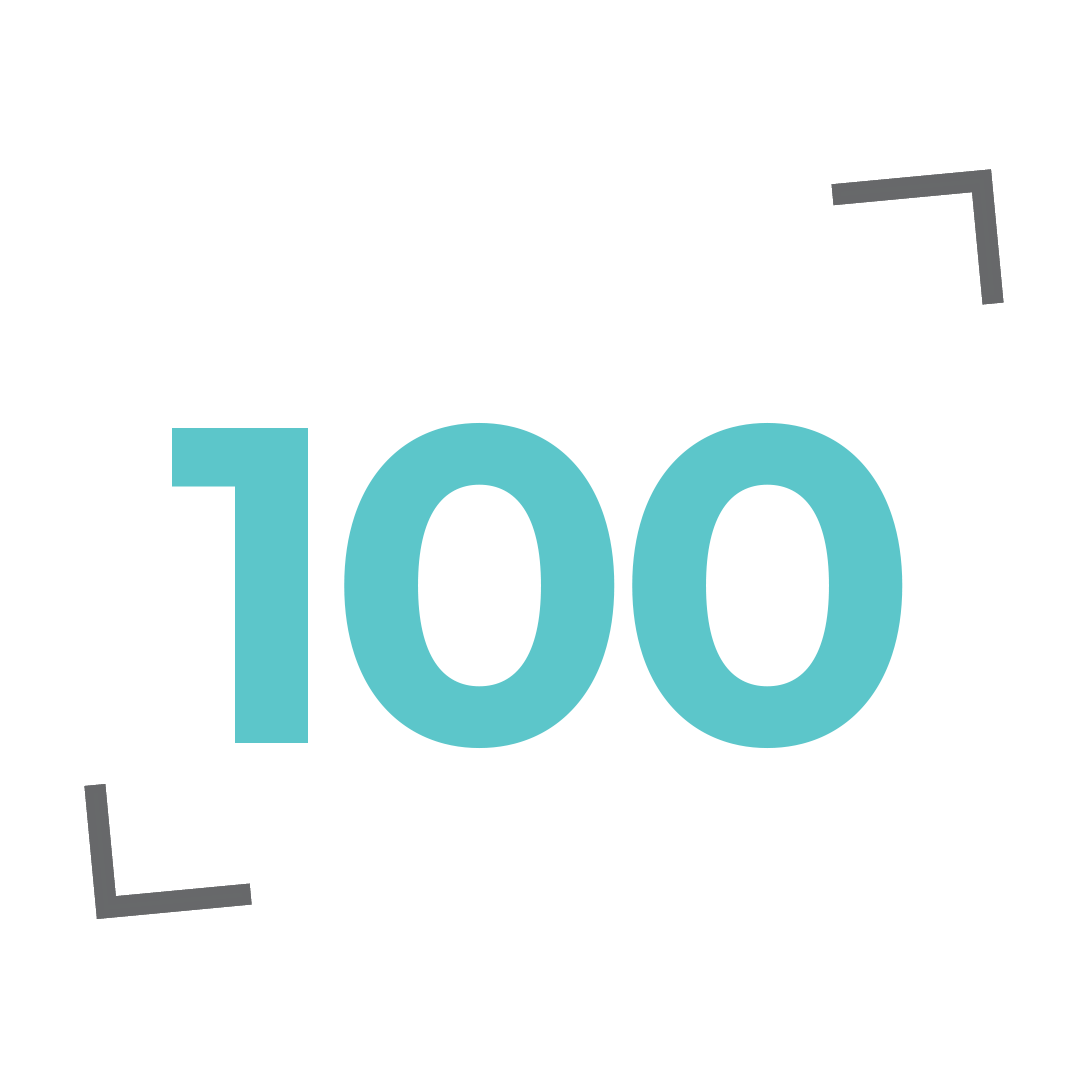 We’ve supported students to make over 100 documentary films which are now held in the National, States and Territories, and public libraries across Australia. 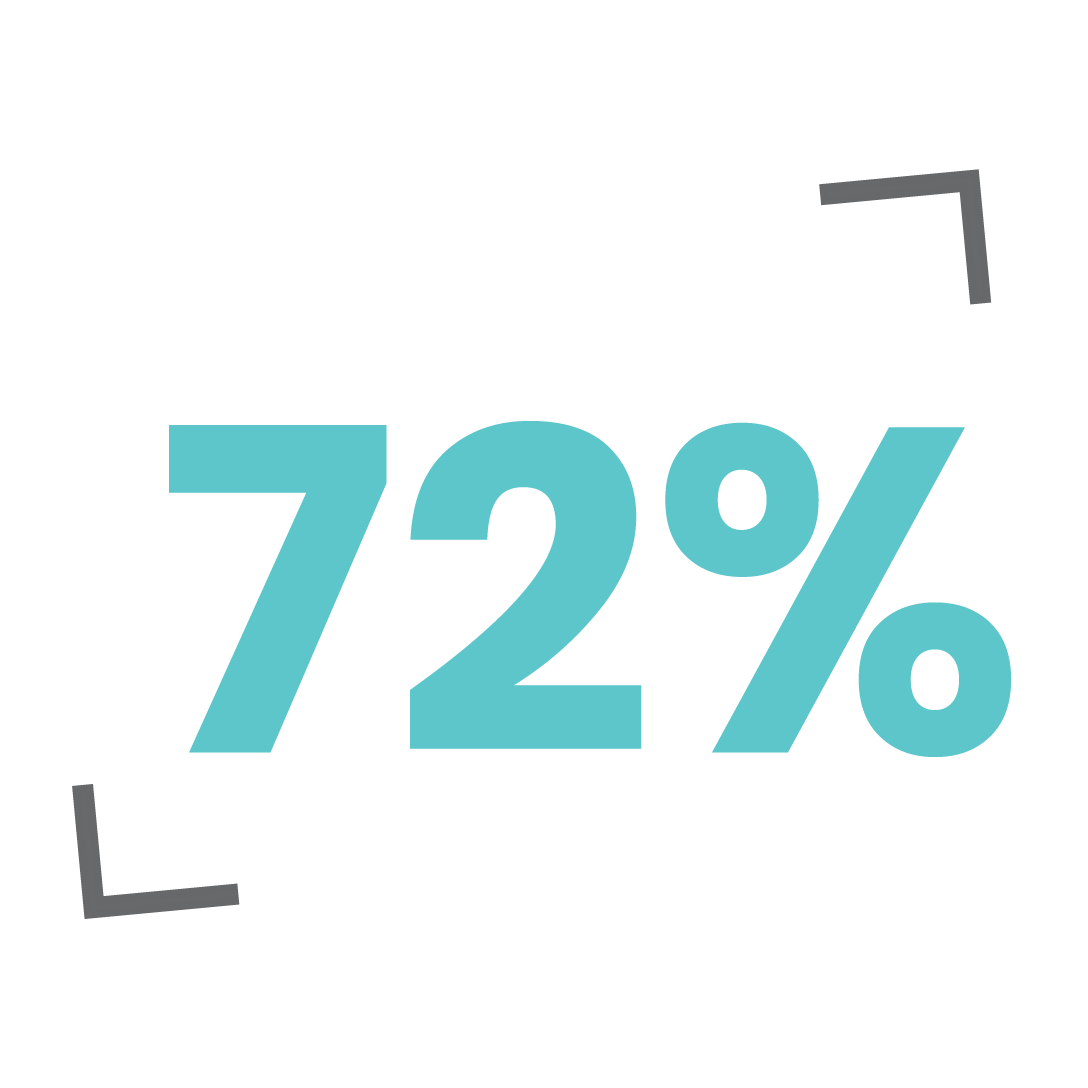 There was a 72% increase in school retention of indigenous school-based trainees at Westpac Group after we commenced our national program.

“Show Me The Way opened a huge door for me to the banking world. I’m now on the Westpac Graduate program working at Westpac and at university studying a Bachelor of Management.”

“Learned many things about education, about universities and enrolment, which subjects should I choose, what should I do to get to my goals”

“It was really good the motivation and encourament they gave us. It was really crucial and imporatant and helpful”

“It was an awesome experience and I started learning how to communicate with adults.”

“The experience I had changed my attitude and personality. It turned me into a whole new person. I felt like I achieved something for a life time. I would like to thank Show Me The Way for helping me find who I am.”

“There has been an increased self-esteem and self-confidence with all students as they journeyed through the program. I… was impressed with the quality outcomes and the aspirational opportunity provided by SMTW for students to visit the university”.

“Show Me the Way is an innovative strategy supporting the educational and wellbeing needs of students from refugee backgrounds. Students gained skills in communication, questioning and seeking information and it challenged students to think about long term goals and aspirations. The strategy celebrates success and gives students a sense of belonging and achievement. This has been a wonderful opportunity for our students at Fairfield High School.”

Show Me The Way worked with Westpac Group on their Indigenous Australians program supporting school based traineeships. When Show Me The Way / Westpac the retention of trainees increased by 72%.

Show Me The Way Vision

“I have watched this program grow from a kernel of an idea to a fully functional successful program, and yet there is more to do, so much more to do. I commend Show Me the Way for its inspiration and empowerment of young people and know that in time we will wonder how we lived without it.”

Kathryn Greiner AO, Patron of Show Me The Way and Gonski Review panelist

It is the vision of Show Me The Way to engage young people, both Aboriginal and Torres Strait Islander and those from refugee backgrounds, with videos that provide direction and positive messages. Students produce their own videos on professions and trades. This helps to develop critical thinking as they go through the processes of researching and making mini documentaries.

Young people are encouraged by Show Me The Way to take responsibility for their own learning to foster their creative and critical thinking and promote intercultural understanding.

Show Me The Way focusses upon youth and building capacity for employment through strengthening knowledge, building skills, developing self-esteem and confidence as well as, most importantly, establishing and developing interpersonal relationships.

Show Me The Way contributes to a more inclusive society through highlighting and demonstrating the achievements of Australians from diverse backgrounds.

It is the long term intention of Show Me The Way to support all Australians experiencing social isolation or disadvantage in accessing education.

Show Me The Way is a registered Not for Profit organization and audited annually by KPMG.

Meet the Show Me The Way team and get to know a little bit more about us! 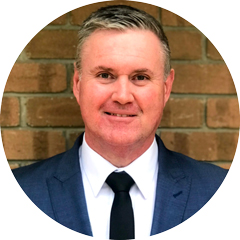 Brendan was born in Wynyard on the North-West Coast of Tasmania. A proud member and descendent of the Narrunga people from the Yorke Peninsula of South Australia, his mother was born and raised in the Aboriginal community of Point Pearce.

He has extensive experience in supporting the design, implementation and monitoring of Reconciliation Action Plans and currently sits on the following working groups: 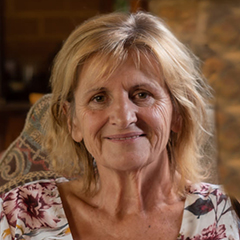 Aunty Glendra Stubbs is a Wiradjuri woman, her mob originates from the Mudgee/Dubbo and Narrandera area. She is the Elder in Residence at the University of Technology in Sydney.

She has over 40 years experience providing advice and practical assistance to survivors of trauma. She has a vast experience in supporting families and working through the issues that arise from out-of-home care.    Aunty Glendra has worked with a number of state and national bodies including as an Aboriginal Engagement Advisor for the Royal Commission into Institutional Responses to Child Sexual Abuse, the National Stolen Generations Alliance, and Metro Migrant Resource Centre.

She is Elder In Residence at knowmore legal service that supports survivors of institutional abuse to obtain redress for what they suffered.

She was also the Aunty in Residence at the National Centre for Indigenous Excellence in Redfern for nine years. 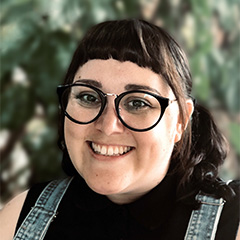 Alicia is a proud descendant of the Darkinjung people. She has a background in fine arts and education. Alicia spent the beginning of her career teaching Visual Arts in a number of high schools across Western Sydney and the Blue Mountains. She now works as a freelance designer and at the University of Western Sydney lecturing for the Bachelor of Design (Visual Communications) degree.

Through her experience as an educator she has developed a strong understanding of the issues and barriers that many youth face. Alicia is a proud advocate for youth of all backgrounds and has a passion for supporting disadvantaged youth to rise up to their full potential. 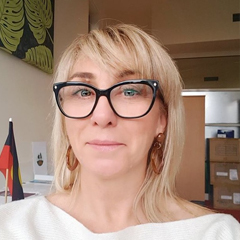 Helen is a nayri rrala palawa luna, a strong, spirited Tasmanian Aboriginal woman. Residing in Hobart, Helen has had a variety of working experiences in life, and has found her niche in the Vocational Learning area. She currently works in designing programs and strategies to provide differentiated learning for Aboriginal learners in years 9-12, in culturally safe settings. Helen uses her skills and life experiences to work towards elevating life and employment outcomes for Aboriginal youth. She believes in young people, she dreams of equality and she aspires to create an environment for change.

Lindie has been an educator for 25 years having worked in a range of educational settings as a teacher and education consultant. Lindie began her career in South Western Sydney, where she developed a strong understanding of student diversity. She currently works in a distance education setting with students who often have a range of significant support needs and where personalised learning is paramount.

Lindie has worked with students from Aboriginal and Torres Strait Islander backgrounds and a range of culturally and linguistically diverse and refugee backgrounds. In her teaching practice, Lindie has championed equity in and access to education for all students. She brings her expertise in developing learning programmes that align with the National Curriculum to SMTW. Lindie also consults with SMTW on government and school policies and procedures pertaining to their programs. 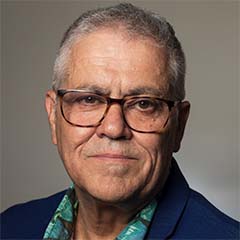 Chris has worked extensively in supporting students experiencing disadvantage in accessing education. As well as supervising the design and delivery of film workshops, cutting-edge mentoring environments and face to face events, Chris has been a field producer and lighting cameraman through television and corporate video productions for over thirty years. In 2005 he completed a Masters of Multimedia Design at the University of Sydney.

Chris worked as principal cameraman for ICAM (Indigenous Cultural Affairs Magazine) at SBS in the 1990’s and as producer/director and scriptwriter, he produced “Get It On”, a safe sex education resource video/DVD for Indigenous teenagers for NSW Dept of Education. As producer/director and cameraman Chris also made a fundraising film for the Australian Indigenous Doctors’ Association to raise money for Indigenous secondary students to further their education and get into medicine.

With a film background, Chris has worked on news and current affairs, sports, drama, light entertainment and educational programs for ABC and SBS.

Learn about our history